Somewhere in between his relationships he was seen dating Ashley Olsen who is fourteen years younger than him. He was spotted with Kate Hudson too. Well, he was seen hanging around with Matthew McConaughey who is branded as a womanizer so what else can be expected. He became arrogant and avoided the media but started twittering.

In 2008 Lance Armstrong met Anna Hansen through his charity work. The couple started dating in July 2008. Lance announced that his girlfriend Anna Hansen was pregnant with his child who was born in 2009 and his fifth child, a baby girl was born in Oct 2010. After undergoing chemotherapy for testicular cancer it was believed that he could no longer father children but he insisted that both these children were conceived naturally. 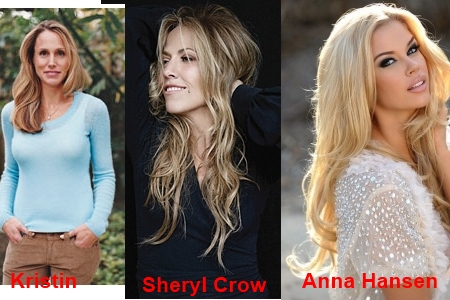 Lance Armstrong was one of the best sportsman/athlete the world has ever seen. Unfortunately he has no sportsman spirit to live life. He did not care about the wife who was there with him when he was fighting cancer nor the kids who adored him. His next relationship with Crow did not last longer and he was more than happy to plunge into a relationship with Hansen and even bore kids out of wedlock.

Lance Armstrong’s life appears like a scripted Hollywood story. This promising athlete who miraculously overcame the deadly cancer messed up his professional and personal life with unstable relationships, arrogance and drugs. The Boss or Big Tex as he was fondly nicknamed is an iron man with a feeble mind. Lance Armstrong once said: “A boo is lot louder than a cheer.”

This entry was posted on Wednesday, January 23rd, 2013 at 5:12 pm and is filed under Celebrity Breakup stories, Celebrity Dating Stories. You can follow any responses to this entry through the RSS 2.0 feed. You can leave a response, or trackback from your own site.