Lance Armstrong – Like Professional Career Deep down in Relationship Mess

Lance Edward Armstrong born under the charmer’s Virgo Sun sign on 18th Sept 1971 was the proud record holder of seven consecutive wins at Tour De France from 1999 to 2005. A cancer survivor who was treated for testicular cancer that spread to his brain and lungs from October 1996 and was declared cancer-free in Feb 1997. In 2012 he was disqualified and stripped of all titles including an Olympic bronze for using performance enhancing drugs and banned for a lifetime from professional cycling. This year in Jan 2013 he admitted to doping on Oprah Winfrey show. 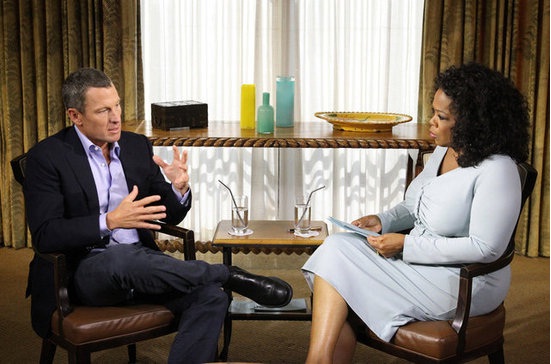 Lance’s parents divorced when he was just two years old. His mother married Terry Armstrong who adopted Lance in 1974. In 1997 when he was battling cancer, Kristin met him at a press conference. After a year of courtship, Lance and Kristin married in Santa Barbara and settled in France so he could pursue his cycling career. Earlier Lance had frozen his sperms and Kristin gave birth to a son and twin girls. What appeared to be a perfect marriage ended in divorce in 2003.

Within two months Armstrong started dating American singer and songwriter Sheryl Crow in late 2003. Did he have no qualms about the break-up with his wife Kristin and his three kids? Or was this new relationship with Sheryl a rebound of his broken marriage? Lance revealed their relationship in January 2004 and announced their engagement in September 2005. Crow accompanied him during two of his tours. They broke up within in a year of announcing their engagement. Was Sheryl Crow aware of his doping addiction?

This entry was posted on Wednesday, January 23rd, 2013 at 12:00 pm and is filed under Celebrity Breakup stories, Celebrity Dating Stories. You can follow any responses to this entry through the RSS 2.0 feed. You can leave a response, or trackback from your own site.