Marriage - why is it such a complicated thing?

People are getting married at a later life and the marriage rate from year to year is on the decline. The statistics for US is that marriage has declined by as much as 50% since 1970. Check out these figures from this site…

Since many folks are looking for their marriage partners through online dating sites, it would be interesting to note whether marriages through dating sites have stood the test of time over let’s say marriages from traditional methods ie. referrals from friends, families, work, meeting in events, clubs etc. One can argue that the choice of ‘potential marriage’ partners are far greater in an online dating community and hence a greater chance of success, right. Unfortunately, the top dating sites do not boast the sustainability of the many ‘marriages’ that they have been instrumental in but like to quote the huge marriage figures to lure in more members. Should one not analyze the effectiveness of the marriage sustainability from their websites and thus provide more insight to single members and give them this valuable advice and guidance. I think since marriages are occurring in such great numbers from online dating sites, they have a duty to at least study the figures of success and failures of people who got married on their sites. However, the ‘chemistry’ of a successful marriage cannot be determined by profile information alone and even in courting over 6 months to a year.

It would seem that stars need to be aligned along with all our personality traits combined with an understanding of what is yet to come for marriages to be successful. I am not trying to be a naysayer but the point being that there are no perfect solutions to a successful marriage, and if anyone tells me that they have the secret formula, I would not believe them. You could argue that being with someone for a certain amount of time could be the answer to longevity but then I would argue that arranged marriages have led to longer marriages. Then the question of cultures come into play and people’s perception of roles within the marriage, so on so on. Why are there so many marriage failures today even in the first few years and yet not so long ago marriages were going past the 30 years mark. Perhaps one should go about compiling all the divorce proceedings that are going on right now in the courts today in order to get a better idea and share this knowledge with everyone. I am not trying to put marriage down but I would like to have some answers as to what makes a good marriage and what doesn’t. Has society changed so much so that it is not possible for two people to have a long communion even if they wanted it so. 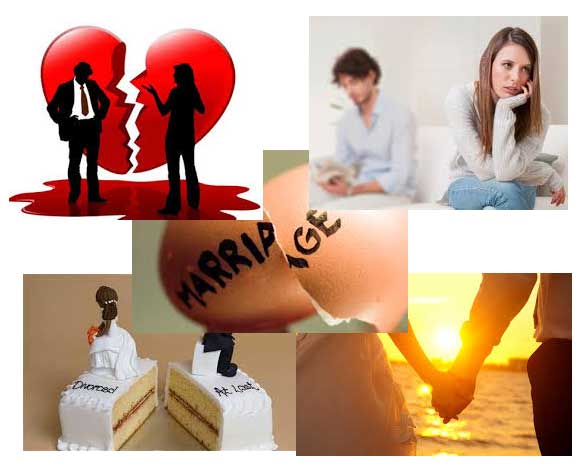 Marriage success and failures - what should we know

In my personal opinion, although the ‘chemistry’ needs to be there, there are many factors that bear the fruits of a successful marriage, but you may have a different opinion. Listed below are my order of importance on factors that could make up a good marriage:

Phew! The last one was fully loaded (and it’s not even a full list!) and is probably the many reasons why people break-up. There are personality traits that some may be able to work with but for others it’s a no-go area and you need to figure this out long before marriage. Okay, we can work out financial struggles if both are willing to work at it. Notice also that I have placed ‘Common background’ at the top, although I don’t say much about this, it really signifies people’s values and the inner qualities that lead up to all the personality qualities listed in the third point.

This entry was posted on Friday, August 28th, 2015 at 1:22 pm and is filed under Dating Help for All, Dating and Relationship Advice. You can follow any responses to this entry through the RSS 2.0 feed. You can leave a response, or trackback from your own site.

One Response to “Marriage - why is it such a complicated thing?”