There is a lot of buzz in the US media and on social networking on the recent comment made by President Obama on Californian attorney General Kamala Harris. He said that she is brilliant, dedicated, thoughtful in implementing laws and on top of that she is the best looking attorney general in the country. He did apologize for his remark as confirmed by spokesman Gil Duran. 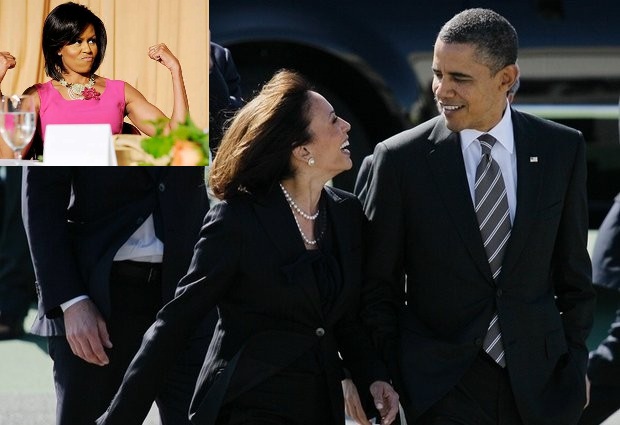 Some are criticizing this statement saying that he should take care in making a sexist comment but there are equal number of people who thinks that there is nothing wrong with what he said. It is simply a flattering comment that anyone can make to another person.

Jumpdates sees an Indian connection could be the catalyst for these kind of remarks. Kalama Devi Harris is the daughter of an Indian parent who came here in the 1960’s. Present Obama has been a strong supporter to stop outsourcing to South Asian countries but on contrary promoting those Indo-American people. There is a list of such who got patted on the back such as Subra Suresh by nominating him president of a national science foundation and Brahma Chellaney who played a key role in getting the nuclear fuel deal. This is in light of 84% Indians in US voted for Obama.

In the past, there were pictures of Obama giving a rollover to lady but in the video shows the truth as he was just helping a lady. See for yourself here.. look at this video.

Check out some of the celebrity romance stories on Jumpdates