Who Invented the Concept of Giving Diamond Ring for a Marriage Proposal?

Now days we see a growing trend of giving diamond rings for a marriage proposal and of course for weddings. Girls love them and it’s a saying that “diamonds are girl’s best friends”. However, the question is where does this concept or trend come from? 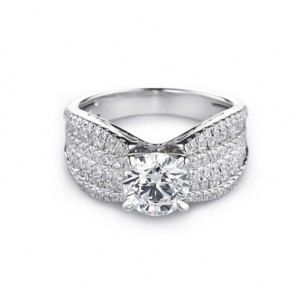 The research done by Jumpdates shows that the trend or concept is of both the manufactures as well as rich men who generated this demand. De Beers the largest diamond mining and trading company who represented this as commodity and promoted it as the symbol of eternal love had the biggest psychological impact. On the other side, rich men saw this as the opportunity to impress their lady and to show wealth and supremacy.

Comment this article and the trend in giving a diamond ring. Tell us if you think this is a race amongst rich men, diamond selling companies or just a personal view.

This entry was posted on Saturday, August 18th, 2012 at 3:54 am and is filed under Hot Dating Trends on Jumpdates, JumpTrends. You can follow any responses to this entry through the RSS 2.0 feed. You can leave a response, or trackback from your own site.

6 Responses to “Who Invented the Concept of Giving Diamond Ring for a Marriage Proposal?”