Romantics: A Blend of Romance and Politics

If two people of the opposite gender fall in love then it amounts to the usual vanilla equation as part of gender dynamics , but what if two personalities fall in love embodying with them two separate cultures from two completely different places. 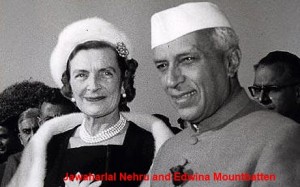 That’s exactly what happened with Jawaharlal Nehru who was the first prime minister of India and Edwina Mountbatten who was the wife of India’s last Viceroy- Lord Mountbatten. Initially their relationship had this typical algebraic pattern called “ more as friends and less as lovers” Over a period of time their love mathematics stood the test of time till death did one of them apart as lady Edwina passed away in 1960.The testimony of their fondness and bonding was proved when Nehru’s letters were found all over her(lady Edwina’s) death bed, and equally proving Nehru’s love for the lady was the fact that Nehru paid tribute to the departed soul of his beloved by sending a naval ship all the way from India to offer marigolds to the ocean waters touching the English Channel where she was put to rest.


After all these years, the relationship between Nehru and lady Mountbatten finds an odd mention in the media to the extent that the very “congress party” which was once upon a time pioneered by Nehru and team recently had asked the producers of a film based on the above romantic relationship between Nehru and lady Edwina Mountbatten to rewrite certain depictions in the movie for it to pass censorship. It is just not only the romance between India’s first prime minister and the wife of the man responsible for breaking apart and causing the Partition of India. But it is about the nature of camaraderie that they shared. A lot many of Nehru’s letters to Edwina after she left India, sought her advice on matters of geo-strategic issues and concerns of the state and the sub-continent. It is said that it was because of this extramarital affair between Nehru and lady Mountbatten that Punjab and Bengal were partitioned and Kashmir illegally annexed by Delhi.

Although the relationship has been off late speculated by close associates of Nehru and Edwina, as being more than platonic and the narrations in the book “Indian Summer: The Secret History of the End of an Empire” written by the historian Alex von Tunzelmann highlights the point that the relationship also had a physical angle to the entire romantic episode between Nehru and lady Edwina Mountbatten, which invariably has been justified by the French author and Social thinker Catherine Clement, who has written a novel on the romance titled ‘Edwina and Nehru’ published in 1993.

The author had said Edwina had confessed that her relationship with Nehru was “mostly platonic so why are people so misinformed? Both (Edwina and Nehru) were past their middle age and as adults they had a relationship that bears testimonial to the letters and eyewitness accounts. I have myself interacted with close aides of Nehru,” she said, adding that they knew intimate details of Nehru’s life as a prime minister. More over during the time her book was launched, Catherine said she has had a hearty discussion with the Congress president Sonia Gandhi and had given her a copy. When asked if the script had got Sonia’s nod, Clement said, “She (Sonia) said it was al-right to be published and did not display any shocking concerns.

Sadly in today’s modern times if a love affair had to happen with such leading personalities then it would simply be termed as a scandal or better still would amount to power-play romance, inviting media attention as every tabloid or TV news channel would be spinning various versions of the affair in order to create a media hype. I am sure whatever happened between Monica Lewinski and Bill Clinton could have been handled more gracefully but today’s media does not pardon people falling in love or being in a relationship as it did a few generations back .

Today people hardly have the freedom to fall in love and no wonder couples these days have started to isolate their romantic life which again is not fulfilling or satisfying to the heart but may surely fill the pockets of many.

Be a Jumpdates fan on Facebook to get latest dating trends - http://www.facebook.com/Jumpdates

This entry was posted on Thursday, December 29th, 2011 at 5:17 am and is filed under Celebrity Dating Stories, Successful Love Stories. You can follow any responses to this entry through the RSS 2.0 feed. You can leave a response, or trackback from your own site.

One Response to “Romantics: A Blend of Romance and Politics”