Bobby is classical innocent love story where two teenage Raj (Rishi Kapoor) and Bobby (Dimple Kapadia) fall in love, but the differences in the family status come in their way as they face many challenges in the acceptance of their relationship. Raj was a son of successful business and Bobby was a daughter of a fisherman. They get opposition from their parents, but their innocent and true love turn out to be the winner tested over time. 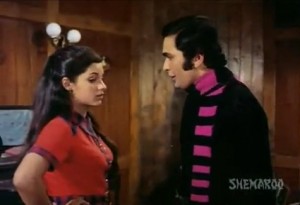 “Bobby” is another romantic and trendsetter movie made by legendary Raj Kapoor. Bobby is a story of two teenagers who are unware of the world and some of its evils, but they only believe in true love.

Bobby is the daughter of a poor fisherman, she is bold and a straightforward girl. Bobby meets Raj and starts dating. With every date they feel that they are for each other and found that they are perfect for each other, but they realize that they are very young for any kind of relationship. Their parents come into their affair and tries to split them. This is the same old plot of Bollywood showing rift between the rich and poor, but it was the screenplay of legendary Raj Kapoor which made it refreshing for the audience.

Bobby was the first movie of Rishi Kapoor as a lead actor and was the debut movie for Dimple Kapadia, but they both showed a lot of maturity in their respective roles. They looked like the perfect couple for Bobby and it turns out to be the perfect launch for Diple Kapadia and Rishi Kapoor. 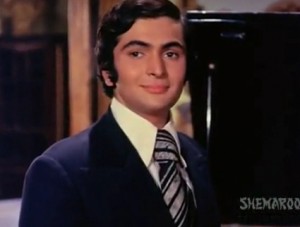 Legendary Raj Kapoor was the showman of Indian cinema and made some of the finest classical romantic movies. Movies like “Shree 420”, “Chaliya” and many other romantic movies. Dimple Kapadia was the find of the movie and with instant hit she becomes the overnight star, but for Rishi Kapoor he was carrying the thirty year old legacy of his grandfather Prithviraj Kapoor. Laxmikant-Pyarelal was by far the best music director for two decades and worked with R.K. Studio. Bobby has the most romantic music of the 70’s, especially songs like “Hum Tum Ek Kamre Mein Band Ho” and “Main Shayar To Nahin” became instant classical romantic songs of Indian cinema.

This entry was posted on Wednesday, January 11th, 2012 at 10:21 pm and is filed under Romance around the World, Romantic Movie Reviews. You can follow any responses to this entry through the RSS 2.0 feed. You can leave a response, or trackback from your own site.