Thrilling fight scene, smashing car chases, boats blown up in the air with smoke every where and a plot based around robbery inspired from the movie “Ocean 11” and “Mission Impossible” the movie Don 2 tries to re-create the same magic as it created in 2006 with remake of original Don in 1978 starting Amitabh Bachchan. Shahrukh Khan is in the role of flamboyant criminal named “Don”, planning a bank robbery and looking for a safe escape from there. 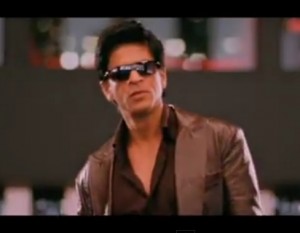 Don 2 is an action packed film and pre-release interviews of Farhan Akhtar suggested that one should not watch this movie with expectations apart from action and thrill, but after watching the movie I felt let down and has nothing much that excites the audience apart from random car chasing scenes.

Story of Don 2 revolves around a bank robbery by Don (Shahrukh Khan) and for this he takes help of his friend or should call him enemy Vardhan (Boman Irani) who is in a Malaysian jail and escapes with help from Don. Don (Shahrukh Khan) creates a plan to get out of jail along with Vardhan (Boman Irani) and creates a master plan of bank robbery. Kunal Kapoor plays the role of a hacker that helps them to break into the security system of the bank and is picked for this assignment. Lara Datta plays the role of Don’s girlfriend and proves that the old saying “Beauty with Brain” is actually true.

Om Puri plays the role of Interpol chief and Priyanka Chopra as Roma is an Interpol investigating officer that carries old rivalry with Don (Shahrukh Khan). Movie “Don 2”
entertains you in the first half and has some good action scenes but as soon as the story enters into the second half the story looses its grip with the audience. “Don 2” in the second half is a bit slow and has nothing much to offer other than the predictable robbery and Don’s escape. 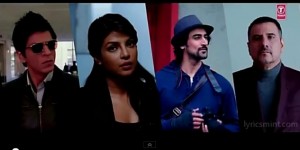 Movie Reviews and Ratings of Don 2

Director Farhan Akhtar has written some good Donism for “Don 2” that show he lives Don unlike any one else and expresses this in his personal interview with Farhan Akhtar where he said that the original Don in 1978 was a life changing movie for him.

Director Farhan Akhtar has worked well on the script but could not create the movie with the same intensity as one had expected. Shahrukh Khan was good in the movie and was good in action scenes but he was bit boring at times and I am sure his fans would think the same. Priyanka Chopra was good with her share of action scenes and looked natural. Kunal Kapoor fits well for the role of young computer hacker. There is no room for hit music in this movie and looks like Farhan Akhtar missed the trick here. Unfortunately, the producers worked more on the hype than to bring about a movie that excelled the original.

Rating
We give “Don 2” 6 out of 10, “Don 2” was the most awaited movie of 2011 and expectations were high but the audience gets nothing much apart from few good action scenes. The whole second half of the movie was slow and tiring to watch.

This entry was posted on Tuesday, January 17th, 2012 at 12:22 am and is filed under Indian Movie Reviews, Romance around the World. You can follow any responses to this entry through the RSS 2.0 feed. You can leave a response, or trackback from your own site.