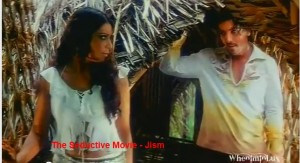 Sonia is the 2nd wife of millionaire Rohit Khanna (Gulshan Grover). Rohit is a businessman and often on the business tours that makes Sonia unsatisfied with their relationship. Sonia decides to kill Rohit to get his money and for this she is looking for an opportunity. She finds her ambition takes shape as she comes across Kabir. Kabir is a poor alcoholic lawyer who does not earn much money, but has ambitions to be rich.

To gain emotional mileage Sonia tells Kabir that she is living with her husband without any emotional bonding and she was in search of true love that she sees in Kabir. Sonia also seduces him and plays the card of lust and attraction. Kabir is completely blown up by this move. Kabir and Sonia start dating and soon get into physical intimacy. Sonia feels that she has complete control over Kabir. Kabir tells Sonia to file divorce against Rohit but by doing this she will not get all the money that she has her eye on.

Sonia plans the murder and asks Kabir to execute it which would look like an accident. After initial hesitation Kabir agrees for this and kills Rohit. This fills the thrill in the story as it progresses towards an investigation leading to Kabir. Fear of getting behind bars in Kabir’s mind, he tells Sonia to run away with money, but this unfold the double cross of Sonia as she refuses and tells Kabir that she does not love him and whatever she did was for the money. 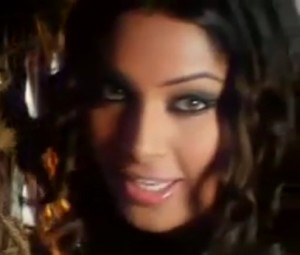 The extramarital affair was the part of many Bollywood movie and Bipasa Basu got a lot of attention with the bold scenes she did, especially the kissing scene on the beach setting the stage on fire. This was the time when Indian cinema was producing bold movies. Bipasha looked very hot in the movie especially her physical intimacy with John. John did a good job and was looking quite mature as an actor and making the critics frown with his strong performance.

Bipasha Basu is the new Bangla name in the list that made amstrong statement with her stunning performance in Bollywood. Bipasha joined the elite league of Kajol, Rani Mukherjee and many more that came from Bangal. John and Bipasha were dating each other from the past three years when the movie was released and one of the reasons both were very much comfortable in the love making scenes. Debutant directors Amit Saxena and Aditya Prakash Singh did a good effort in making it a hit and used the resources well. However, they could not manage to make this movie a big hit and the main reason could be that the story lacks freshness.

This entry was posted on Saturday, January 14th, 2012 at 7:16 am and is filed under Romance around the World, Romantic Movie Reviews. You can follow any responses to this entry through the RSS 2.0 feed. You can leave a response, or trackback from your own site.