What we can learn from the recent Lance Armstrong revelation

Lance Armstrong was an athlete where his career spanned a quarter of a century in cycling. Last year he was stripped of all of his career titles including the famous Tour de France and was hit with a lifetime ban from the sport. It is one of those stories where if you can get away with it then ‘why not’. Unfortunately many people not just professional athletes or celebrities can be guilty of these kind of tactics. It’s important to understand how that these kind of situations arises from people and the importance of good moral conduct. In particular, a single person must be convinced that the person they are dating is of good standing and character, otherwise they may become a victim to a narcissist. 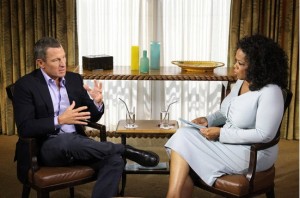 We all understand the word ‘temptation’ and this quality is a good test for anyone regarding moral conduct and behavior. A simple example would be stealing. If we had the right upbringing and character development then it would be considered bad to steal irrespective of any circumstances. What about if you found a $100 bill in a venue and you decided to pocket this rather than hand it in, would that be considered immoral. The gray area disappears when the advantages of having it without being caught or persecuted outweighs everything else.

The same can be said of a relationship, one may have the utmost conduct and moral personality but if the opportunity presents itself, many people do take it. The question becomes, how much does one go to get the personal gain at the expense of someone else or others. It is true that if someone is demanding, their expectations are more on what they want out of the relationship rather than the relationship being about you. Someone’s self interest and a focus on their own personal gain is a reflection of their character and it may not be well suited to you. This is where we speak about give and take in a relationship.

In Lance Armstrong’s case the initial desire for fame and fortune overshadowed any other scruples or morals that he may have had. He simply became blinded by these inner desires and the ease at which he got away with it made him do it all that more. We live in a world of many Armstrongs and before we dismiss him too quickly we need to check our own moral standing and character and ask ourselves how far do we go.

This entry was posted on Thursday, January 17th, 2013 at 6:20 am and is filed under Dating Help for All, Dating and Relationship Advice. You can follow any responses to this entry through the RSS 2.0 feed. You can leave a response, or trackback from your own site.