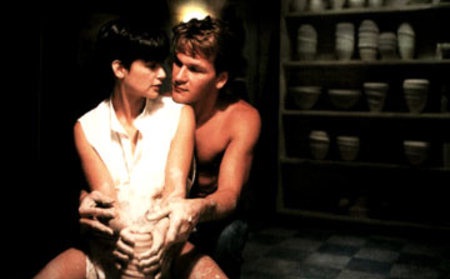 Both movies portray the strong love and affection that is felt by the couple and the death of one conveys the overwhelming sense of loss. The movie Ghost works well since true love is inextricably linked to the tragic loss and is the centerpiece of the whole story. The movie is best remembered for its famous score ‘Unchained Melody’ by the Righteous Brothers. It is a melody that is laced with sadness and great love all in the same tune. Jerry Zucker the director did well to add this score to the movie. The 2010 version also makes use of this song but sung by a more modern singer.

Although the Japanese version of Ghost (2010) could not match the emotional depth and feelings depicted by both Patrick Swayze and Demi Moore, the film nevertheless does a good job of showing compassion and love. If you look close enough you will see some subtleties in each version. The Japanese version is tamed down in the love scenes but one can also detect faint hints of cultural differences with respect to singles pairing up. For example, in the initial scenes where the couple goes through a slow process before making love.

If you want to watch a movie that is heartwarming and at the same time listen to one of the all time classical romantic song then this would be a worthy movie to watch.

This entry was posted on Thursday, January 24th, 2013 at 11:11 am and is filed under Hollywood Movie Reviews. You can follow any responses to this entry through the RSS 2.0 feed. You can leave a response, or trackback from your own site.