Returned 49 results for 'Category: Singles Around the World'

Why do foreign men living here go back to their native country to get married? 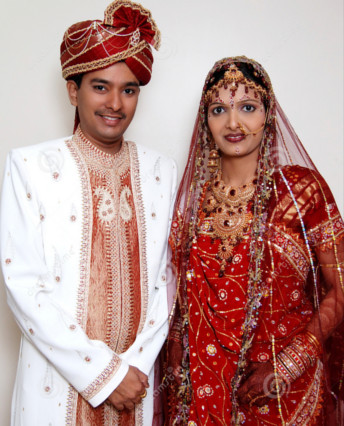 Why do foreign men who have settled in the West such as US, UK and Canada often go back to their native countries to get married? An article posted by one of the Jumpdates member

Geeks from India are Flirting on Online Dating Sites

Not long before, Jumpdates predicted the rising market of online dating in Asia, especially in India. This is what makes our prediction stronger. Geeks are also human and has emotions which is why the college passed out from one of India’s premier technology institute IIT Kharagpur has started a free dating site. 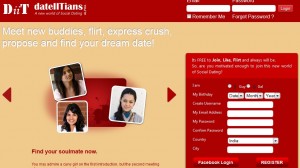 Geeks from India are Flirting on Free Dating Sites

IIT Kharagpur is one of the top technology institutes in India. Young graduates who pass through these colleges can be easily been seen working for IT giants in California which has been termed as a brain drain by critics. Now the scenario is changing in terms of both i.e. fly away for jobs in the US and redefining the old belief to keep in pace with tomorrow.

Concept wise www.dateiitians.com is not new as there are plenty of campus dating sites in US, but what’s unique is that it does not restrict only students from IIT to login but it is open to the general public. This is certainly to create a bigger pool of singles.

This website is in the alpha stage right now as they may be testing it before the actual launch. This is certainly a good beginning for these young entrepreneurs but, it will be no cake walk for them as there is already some competition in this hot market from local sites like www.Twomagoes.com and other foreign sites like Zoosk.com.

The future of online dating in South Asia is bright and this is the recent development that has happened in southern part of Asia especially in India. Matrimonial sites are dominant and very popular in India like Shaadi.com and Bharatmatrimony.com to name few. There is separate segment of college attending young Indian online singles hooking up through social networking sites and group networking sites, which is understandable at this age.

However, there is segment of singles graduated from college, working and do not want to get married before say 28. They did not have enough options to find the potential dating partner and thus far the word “Dating” is taboo in India society. However young, out spoken and independent online singles from urban India is changing the we date such as the new dating site from India, TwoMangoes.com.

TwoMangoes.com work on a similar model as Jumpdates.com and has been created with the user in minf. As a member you need points to connect with other singles and for that you need to be active on different sections of the site. You get mangoes on TwoMangoes.com as you become active and this has been designed and developed giving priority to Indian online singles. There are a few dating sites in the Indian market like Zoosk.com and GirlsDateForfree.com. But, that is again mainly used by singles looking for online friendship and could be that they also have their facebook app.

TwoMangoes has created some buzz after the launch, touching the taboo subject of dating in Indian society especially amongst the older generation. Website holds lots of potential and ample market to explore being the lone player in the online dating industry in India but it does still have long way to go.

The secret to dating the best Girls in Japan

Dating girls in Japan could be a lot like dating western women, but only in some ways. Without doubt, culture plays an important role in defining the two very different worlds that often tend to copy a few things from each other. Guys, you need to remember that Japanese girls are turned off by moody guys who seem to be too serious. They love guys with a great sense of humor because they love a good laugh. The secret is to keep everything lighthearted when you date girls in Japan. Besides, this a great start to getting to know each other. It goes without saying that you need to be the gentleman you are. Japanese women are charmed by men who have the right mannerisms. So don’t forget the simple gestures of pulling out their chair at a restaurant, opening the door for them, or complimenting them on their looks. 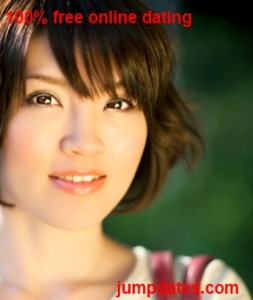 If you are a stylish guy when it comes to fashion, then you can be sure of dating girls in Japan successfully. Take time to look your best. They will love you for it. Above all, get to be a good listener. You can’t hog all the limelight in a conversation with a Japanese girl. Listen to what she says and do things that will make her feel great. They love commitment too, so make sure you get that message across. That is what a relationship is all about. In the process, do make the most of your date and enjoy the experience. Japanese girls are among the perfect choice when it comes to long term commitment.

The British are dating again and that doesn’t mean they have just woken up from their slumber. The fact is that the hottest single men and women are on free dating sites. We all know about the true Brit pub culture, but gone are those days when that was your only resource for hooking up with a dating partner. Thousands of online dating sites offer their dating services for free, which includes email exchanges, instant messaging, and chat rooms as well. There are sites for just about any niche you can think of. From professionals to single parents and seniors dating, there is a site for everyone, which is one good reason why the British are dating again in a different way. 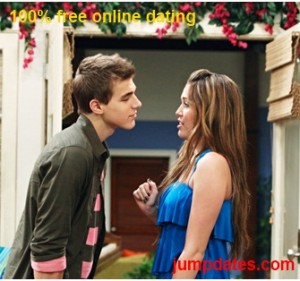 The best thing about online dating is you get to choose from the largest dating pool you could ever dream of. Right at your fingertips is the opportunity to selectively narrow down your search to who you may deem as desirable partners. There are so many advantages to dating online. The good news is that while the British are dating again you have every chance of finding someone no matter where you are located. Just make sure you register with the right free dating site for you. There are a few reliable sites like jumpdates that can have you at London’s finest restaurants with a dating partner at your side in no time at all. All you need is to make the right approach and you will be dating again sooner than you expect.