We at Jumpdates like to review movies that can help our relationships or anything that brings more insight or awareness to help in a relationship. One such movie is ‘Tree of Life’ directed by Terence Malick starring Brad Pitt, Sean Penn and Jessica Chastain, released in 2011. 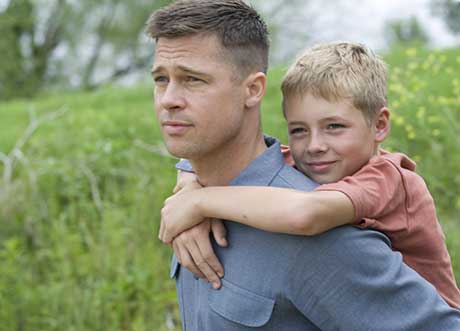 If there ever was a movie that had two polarized ratings, one being exceptional and the other being ‘would not watch with a barge pole’, this was such a movie. See for yourself from the almost 1000 ratings of this movie in IMDB.

This short review is not to argue whether the film should grace the silver screen or not but more from human and aesthetics quality that it portrays. Indeed this movie delivers on so many fronts and as one reviewer had indicated that the entire film can be seen from so many angles that it can leave you awestruck. The haunting melody and the images that plays around a family living in Waco, Texas in the 50’s is almost like a magical journey in spirituality and faith and places a heavy question to our very existence. It is a film not to everyone’s liking and I can fully understand some viewers distaste while others try to grapple in it’s intensity and meaning.

Unfortunately, if you want to look for a plot that has more earthy bearings, than this is not the one. What we can take away from this is that we are minute organisms in the vastness of the space and is there a higher meaning and purpose. Frankly speaking, Malick who directed this movie attempts to make that crossing from our small world to a world much larger than us. It is an attempt to show that we are insignificant in comparison to the universe and it’s mighty forces, but when go through our daily lives it becomes less so but Malick tries to bridge that connection. I believe it is an expressive movie to make us think bigger than what we really are and for some of us to step outside of our own pathetic existence. Did he succeed or not? That is open to interpretation, like one very famous quote said, ‘when the student is ready, the master will appear’.

This entry was posted on Thursday, August 4th, 2016 at 9:49 am and is filed under Hollywood Movie Reviews, Romance around the World. You can follow any responses to this entry through the RSS 2.0 feed. You can leave a response, or trackback from your own site.