We know to a certain extent that culture can play a vital part in the way we have been brought up and our personalities can reflect this. In the early stages of a relationship we may overlook those differences but as soon as the couple gets to really know each other, those differences can become challenging. I can’t help but give you a blatant expression of cultural differences depicted in the movie ‘My Big Fat Greek Wedding’ released in 2002. This pokes much fun at the differences in culture including the parents mindset but it does sum up quite well how cultural differences can impact relationships. 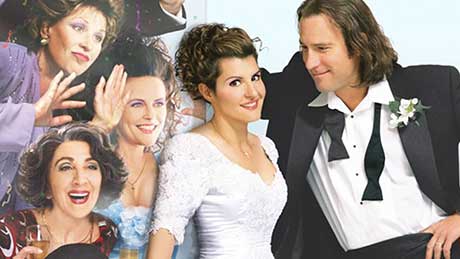 Many a people have given advice on this subject and it’s usually in these lines, ‘marry into the same culture’. There is much truth to this statement because being brought up in a particular culture embeds into us specific values, behavior, what is tolerant etc and a host of other things. This shapes the way we think, behave, respond and of course the future mindset when it comes to partnering and getting married. Many couples of differing cultures will tell you that it was only over time that they overcame their differences and were able to adjust to each other. For the starry-eyed couples, take note since cultural values should not be looked at lightly.

In the example of the movie mentioned earlier, it was quite funny to watch how the woman was in no mood to be intimate with her American partner after what seemed like forever for the poor young man. Although it would be too stereotypical to say that the West have a leander understanding of what is considered intimate, nevertheless the cultural differences do play a significant part in relationship building. You may also say that religious viewpoints play a vital part in the courting and dating game. The oddity of religion is that it is often fashioned by the culture itself and intermingled with the cultural values of the environment live in. This may bring about a different opinion of thinking and understanding but not necessarily bespoke of religion.

Generally, if you are meeting someone from different cultural backgrounds, it is always a good idea to give yourself time and understand the differences. Apart from the cultural differences you also have to weigh the unique personality of the person you are dating. One of the reasons why some Eastern marriages work over a long period of time is that they have been wired to think in some way with regards to marriage and children. The initial ‘unknown’ glitzy and romantic entanglement makes way for a much more pragmatic, rigorous, down-to-earth, plain common sense approach to marriage. Maybe it is a good thing and maybe it is a bad thing. The point being that a couple needs to go in it for the long haul and not just for the romance.

It is perhaps for this reason why we are now choosing to marry late and some not to marry at all. The unfortunate fact of this matter is that for those who remain single, they will not be able to experience the joy and often frustrations that come about from marriage and children. Maybe it could be different to what you have seen as ‘second-hand’ or maybe you think you can do a much better job than your parents. However, it is almost impossible to know what it is like unless you have actually experienced it itself. Take for example, the famous question, ‘is it better to have loved and lost and not to have loved at all’ or ‘What is it like to hold your first born child in your arms for the very first time’.


Tags: adjusting to culture, cultural differences, culture and religion, dating from other cultures