Chronicle The Movie And Its Relationship With The Audience

I watched in intrigue the recent movie ‘Chronicle’ that came out this month and has caused quite a stir amongst the movie fans. Firstly, the movie was directed by an unknown direct Josh Trank who only has 3 other movies to his credit and is about to turn 27 this Feb. 19th. It is for this reason why perhaps the imagery and the story of the movie progressed well resulting in a spectacular ending towards the end. 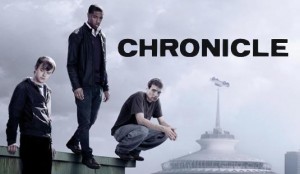 Chronicle The Movie And Its Relationship With The Audience

The young Josh Trank can relate to the teenagers of the movie and coupled with his deep insight for movie making has turned this movie into a possible cult movie. The very things we often criticize in movies to support the plot was not much evident in this movie. For starters, Andrew with his supernatural powers could quite easily go to a bank and pull out all the money but instead decides to rob a few thugs living locally. However, this was cleverly handled and almost justified by the madness streak that followed in Andrew at the end. What made this movie good and very watchable was because the audience could not ‘fault’ the storyline so much. The only technical flaw I witnessed was when Steve was moving the car in the parking lot and I could visibly see the CGI effects of the wheels against the tarmac although I would imagine other folks watching the whole car moving and not paying much attention to this trivial detail.

There was another part of the movie where Josh Trank’s portrayal of Andrew was when he became lucky with a college girl but it turned out disastrous at the end when he threw up at the most important step. A consequence of this was that he was a joke of the school the next day where the kids especially the girls made leering remarks against him. Again in reality not something that is easily believed but against the backdrop of bullying that is taking place around schools reported by the media this becomes credible.

Another aspect of the movie that becomes almost non believable but something which Trank handles with deft in making the audiences somehow believe are the way they the kids are very restrained in using their power. One of the reasons for this is that the powers did not come to them at 100% and they needed to learn and master their powers over time. This may have given a sense of greater understanding to the kids on the wider implications of the misuse of this power as they had time to learn and apply.

A turning point for the climatic ending was long developed early in the movie by Trank who portrays Andrew as an introverted and socially inept child living with an abusive father. This can be compared to the horror movie Carrie (1976) starring Sissy Spacek as the troubled child in a family who blows a fuse and ultimately causes the destruction of her school.

All in all, the movie engages the audience well in its progressive and thought provoking storyline and scores 8/10.

Be a fan on Facebook to get latest dating trends - http://www.facebook.com/Jumpdates

Posted in Hollywood Movie Reviews, Romance around the World | No Comments »


Tags: Alex Russell, Chronicle The Movie And Its Relationship With The Audience, Dane DeHaan, Josh Trank, Michael B. Jordan, Movie reviews and ratings of chronicle