Like many others guys in Japan are hard at work during the week with no time to socialize. Therefore, like many other men they are dating online as well in the hopes of hooking up with Ms. Perfect. If you want to date guys in Japan then you may want to take a few tips from the locals and get involved the Japanese way. Some men still believe in arranged dating while there are others who scout around for dates at a friends’ wedding. Many are shy and find themselves on free dating sites too. Speaking of bashfulness, guys in Japan aren’t use to any physical treatment on a date, even a pat on the back. Even too much of eye contact can be a problem or he may just make a mad dash for the door. 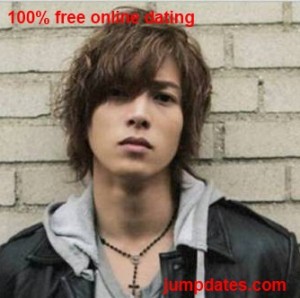 For the most party, more guys in Japan are married to foreigners than their women counterparts. If you do start dating a Japanese guy then remember that although he may offer to pay the bill, it is common for the bill to be split, so do offer to pay your half. But yes, there are chances he will bring you presents. With the introduction of the JPop culture onto the scene, Japanese men are considered hot. This is a good thing, because you have many more Japanese men becoming more easily available. And, the girls are going gaga over their looks. The ‘salary-man’ image is out, and the cute, fun, cool image is definitely in.

This entry was posted on Monday, June 20th, 2011 at 11:00 am and is filed under Online Dating Tips. You can follow any responses to this entry through the RSS 2.0 feed. You can leave a response, or trackback from your own site.

One Response to “Dating, JPop culture and Guys In Japan”