Celebrities that do not take their relationship seriously?

In America the divorce rates amongst celebrities is found to be almost 70%. Most celebrities rush into a relationship thinking it love when it is actually lust. With name, fame, money and success being their companions, most of the celebrities do not take their relationship seriously.

• Selena Gomez the American actor and singer gained popularity with her role as Alex Russo in Wizards of Waverly Place. She is dating Justin Bieber, an 18 year old who is a Canadian singer, dancer, rapper and song writer. Selena says she does not take her personal life to seriously

Related - Free Virtual Dating For Lovebirds on the Go 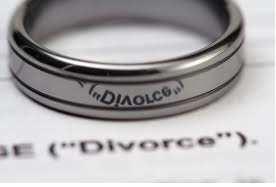 Celebrities that do not take their relationship seriously

Related - Top Celebrities Love Birds Who Rediscover their Love in 2012

• Noel Edmonds is a broadcaster who made his name as a DJ on BBC. He started dating Pauline after breaking up with Marjan Simmons and admits that his relationship with Pauline is not serious

• Fred Armisen with co star Abby Elliot is nothing serious he says. They started dating after Fred split with Elisabeth Moss

• Demi Moore & Ashton Kutcher desperately tried to hide the cracks in their marriage until they divorced. Ashton cheated on his wife with Brittney Jones and now is enjoying his time with Mila Kunis

• Katy Perry the ‘wide awake’ singer has been dating Robert Ackroyd the machine guitarist. She insists that her relationship with Robert is not serious

All these celebrities are seen dating but they claim that it is just friendship (with benefits) as they are close friends and nothing serious. It would be interesting to study the brains of these celebrities to find out how they are wired differently. Is it media attention or the need for a companion for a short while that compels them not to take the relationships seriously?