Why Do Women cheat – Any guesses Guys?

The word cheating is commonly used and associated with men as its a common belief that men cheat a majority of the time with their female counterparts for sex, money, status, love, intimacy and sometimes just the thrill of it all. However, keep in mind that it takes a woman for a man to cheat, so they are just as culpable. 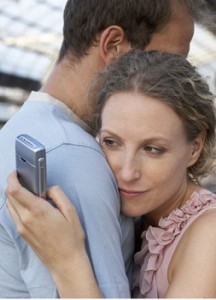 Why Do Women cheat – Any guesses Guys

It ‘s a common belief that men go for external beauty as compared to females that give more priority to the internal traits such as personality. However in this fast lifestyle, financial independence women are also in this category as men who have enjoyed this dominating position for a long time.

As a result now days we see more cases of women cheat men (still less in number though). But differences is in motive behind this as both men and women have a different thinking process. So the question is why do women cheat?

The relationship expert Jen Evans says that it’s more of same reasons why men cheat but, there are differences like communication and emotional attachments. A person who is not a great communicator does not get emotionally attached to women and loose this attachment over the period of time.

Ask Men also added a few factors like boredom in bedroom, feeling ignored or sometime just don’t feel special when you are together.

Comment on this article and tell us what so you think makes women cheat.

This entry was posted on Thursday, August 23rd, 2012 at 11:58 am and is filed under Dating Help for All, Dating and Relationship Advice. You can follow any responses to this entry through the RSS 2.0 feed. You can leave a response, or trackback from your own site.

12 Responses to “Why Do Women cheat – Any guesses Guys?”